I have learned something about blogs and how to get more hits. Just in case you’ve ever researched this topic before, there are plenty of sites that give you tips on this, but none of them work. Just saying.

What does work, however, is posting a picture of an attractive young couple, as I did earlier this week. I had no idea it would have the impact that it did. My web-hits zooooomed upwards. But that is a cheap and tawdry trick, although many successes are built on such (People Magazine, ET Online to name a few).

So, today, we are back to our regular programming, which is photos of old buildings. Some of them aren’t even pretty. Here’s a start with a photo of a Catholic church in Bratislava, Slovakia. You may notice a glass sheen in front of it. That is because the church was locked. In fact, Bratislava is the first European city we have visited to have locked churches. A look at the streets told us why: The place looks impoverished, and so it’s  fair guess that vandalism might be an issue. We did sneak into a church, however, immediately after a small group celebrating an infant baptism was let out. Dave was a little antsy about doing that in a country where the last time they saw someone in my bloodline, they shot at him, but I say, what the heck. Just go for it. And no one shot at us. 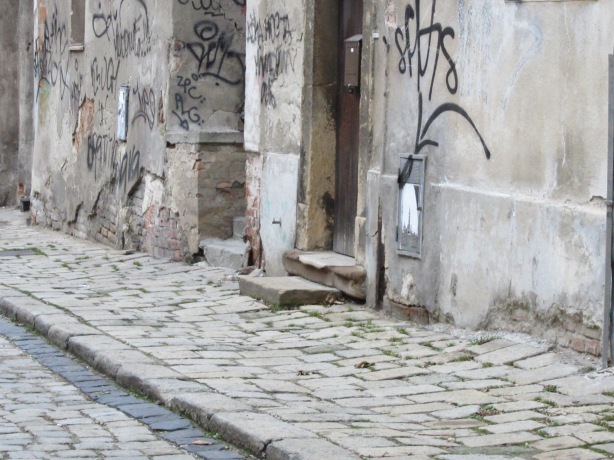 This is what is outside.

This is what is inside.