Dropping down into Bratislava after visiting the grandeur of Vienna is a paradigm-shifting experience. To get you started on what it was like, check out this clip (sorry for some of the ‘adult’ references in it). 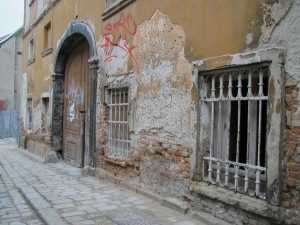 The difference between Austria and Slovakia is sharp, which is something of a feat considering that they have historically been at one time or another joined into one country combined with Hungary, Moravia, Bohemia, the Czech Republic or any number of assemblages of this hastily put-together list. It brings the more recent collapse of Yugoslavia into some perspective, as in that the former Yugoslavia is now about 13 countries. As Rodney King laments, can’t we just all get along? Apparently not.

We tend to think of national borders as somewhat permanent, but they’re not. They are always under pressure to move, which may make you feel a little better about Israel’s current territorial arguments. This is business as usual, although it is a very scary business indeed.

Not all border disputes erupt in gunfire, random rocket-launches or global war.

At the moment, the United Kingdom and Spain are in a restrained and polite spat over a little appendix of land called Gibraltar.

Canada is rebuffing Denmark who’d like to grab hold of Hans Island, not because Hans Island is such a catch, but because if softies like the Danes  can cow your nation into relinquishing land, your country will become a grab-bag garage-sale for the whole world. Canadians do not want that. It’s like getting beat up by the captain of the Chess Club.

Canada and the U.S. have at least seven territorial disputes.

No one wants to get in a real fight, so these countries posture like kids during school recess. There’s no saying the argument could not erupt, but it is soothing that it does not. Would it not be nice if the whole world worked like this?

But what does that have to do with Bratislava? I’m not sure, but here are some photos to show what a country looks like even almost 30 years after communism and over 70 years after the Second World War. Austria, notably, looks a lot better than Slovakia although it, too, was annexed by the Nazis,  so my wager is that communism creates more lasting damage on a country’s economy and the mindset of its population than does all-out conflict.

Next post: Photos of beautiful Slovakian architecture, cause it didn’t all get wrecked.

It will take more than a coat of paint to fix this. 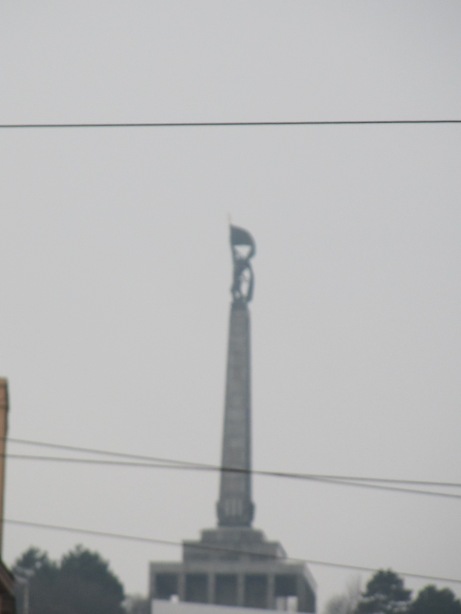 A monument to the Russians for "liberating" Slovakia from the Nazis. Yes, thank you very much. We appreciate your sacrifice, but "liberating" the Slovaks would mean setting them free, not putting them into another cage. Interestingly, this photo was not shot in black and white, although it looks that way.