A French child playing quietly at an outdoor cafe' in France.

Yesterday’s one-day research project into the conduct of French children and the efficacy of French parenting was carried out over the cobblestoned medieval square at Mulhouse, a museum-laden town in France’s eastern Alsace region. Pity me, working so hard.

The task was triggered by American author Pamela Druckerman’s assertion in her hit book Bringing Up Bebe that the French know more about parenting than do Americans.

Joanna Goddard, Manhattan-based blogger at A Cup of Jo summarized Bringing Up Bebe in this way (this is a summary of her summary):

This dog raised two boys, neither of whom turned to a life of crime.

It’s worth noting that these four tenets are nothing new. Focus on the Family founder Dr. James Dobson wrote the same stuff back in the 1970s. Before then, my mother took #3 to an extreme level by pushing us out the door immediately after breakfast and not letting us back inside until supper.

I took the practice even further with my own children who spent their summers outdoors under the supervision of a yellow labrador retriever that I trained to deliver notes to them that read “Dinnertime!” and “Don’t let your brother play near the shore.” Come to think of it, I should have penned a book “Retriever-Raising Your Rascals.”

Outdoor cafes in town squares are lovely car-free zones to teach children about restaurant manners. They can sit quietly with the adults, or safely blow off steam by running around the square.

In our afternoon of observing the French, we saw many children dining quietly at street cafes, trundling contentedly along the pedestrian malls and frolicking in the cobblestoned squares. Recalling the wailing kids we had seen in North American Wal-Mart stores, it seemed that Druckerman might have a point.

Then Dave saw a fussing four-year-old girl whose mother delivered to her a solid whack on the bottom and a stern reprimand.  A little later, another siren-whine of  some random child cut through the crowds. Two whiners in one afternoon seemed on-par with North American over-bored and stuck-in-stores-too-long child stats as reported by the unscientific commission of me and my friends.

Here in Switzerland, the scene is very much the same, although overall the Swiss are a more restrained people than North Americans and it shows in their youngsters.

There is another constant at work in this. The popularity of Bringing Up Bebe shows that not only the French are concerned about how to raise children, but that as a society, North Americans are, too. Otherwise, Druckerman’s book would never have made it to the New York Times bestseller list. 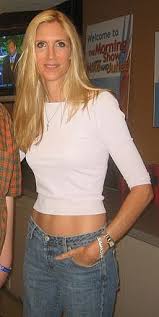