Winnipeg at its finest. Photo Allan Lorde, from a defunct website.

Winnipeg. We hear its name many times on our travels, because wherever we go, Winnipeg will appear, in one form or another.  We cannot explain this.

Yesterday, on the ride up a small funicular rail car in our inconsequential Swiss town, a tall Dane seated next to me asked where we were from? Canada, we said. It’s the best answer. We’re both born and raised Winnipeggers, but we’ve moved around a bit and “home” for most of our married life has been on Vancouver Island off Canada’s rock-rimmed, rained-drenched West Coast.

“Have you been to Canada?” we asked him.

“I’ve been to Winnipeg,” he replied. We expected to hear Toronto, Montreal, Vancouver, but we are starting to realize we should expect Winnipeg. The man talked about Winnipeg’s beautiful women who are fabulous cooks, while he looked down at me, a somewhat shopworn never-gorgeous woman with a questionable culinary record. I suppose he was doubting my origins.

As a reporter, I could practically peg a Winnipegger within seconds of meeting, no matter where we were or what the interview subject would be. They always said they could spot me, too.

When a young woman with a wide grin approached our writers table in a Bern Starbucks, I figured her for a Winnipegger by her fun eye-rolling ‘we’re all in this together,’ ‘hiyah ol’ buddy ol’ pal,’ demeanor. She also carried that forehead-wrung visage of someone who has navigated ‘crazy corner.’ If you know what this means, you just might be from Winnipeg.

Run into a Dane who enlisted with the German army and was stationed in Winnipeg, while we were riding with 20 people in a small rail car up the Jura Mountains in a tiny Swiss town of 70,000? Of course we would.

This is how Winnipeggers look at life – as a giant joke God is playing on them that is so rich even they laugh at it because after all, if anyone can write a good punchline, it has to be God. Winnipeggers want to let you in on the joke, too. They’ve made it through winters that make Siberia look like a beach resort. Their summers are spent dodging blood-sucking insects. Every spring, Fargo sends them a giant swell of floodwaters. Winnipeg’s city engineers love this and look on it as a grand-scale paintball game they play with the Americans.

Our hotel manager almost moved to Winnipeg; countless strangers we’ve met on rail platforms are from Winnipeg; Dave’s met two people at work who are from Winnipeg; in an Atlanta fitness centre a woman on the treadmill next to me was just back from a winter vacation in Winnipeg. She loved it. The list goes on and on.

Winnipeg. Wherever you go, it is right there with you.

What the heck? This isn't Kansas.

As prairie gal, I have a natural distrust of heights, depths, ditches, anything other than the level plain. It is therefore something of an accomplishment that Dave got me to board the gondola at Wengen without me leaving clawmarks on the door frame signifying that I had to be dragged in.

It’s a sign that Dave’s campaign to overcome my fear of heights by overwhelming me with a carousel of gondola rides up unthinkable mountain pitches is working.

I should point out that a wariness of inclines is a naturally protective inclination, and one that was amplified when in Victoria last year giant rocks fell from a cliff into a suburban home, rendering it unsuitable for habitation. Earlier, giant boulders were dynamited from the mountain side near our home, landing on a road where they could have easily crushed any passing Hummers.

You know you're in Switzerland when .....

This never happens in Manitoba or the parts of North Dakota with which I am familiar.  You might get flooded out or snowed under in these regions, but those are disasters you can see coming from a distance, and so make necessary arrangements. Falling boulders lack any sense of courtesy and give no warning of their impending arrival.

But that has nothing to do with this. It is but a mere side-note that perhaps explains my near-phobia of vertical stretches.

We boarded the spacious gondola at Wengen with about 15 others, and were able to roam from side-to-side taking in the beautiful views all around us, feeling quite relaxed until the gondola lurched and skipped suddenly upwards, then swayed in such a way that I readied to sprint in ever-accelerating circles around the gondola while screaming “We’re all going to die! We’re all going to die!, but then the gondola docked into the station at Mannheim and  my planned panic attack suddenly seemed quite silly.

That does not mean that my war with heights was over. Far from it.

But that was on the weekend. I will write more about that tomorrow. In the meantime, our town is undergoing another heat wave, so I’m sitting in the dark, with curtains drawn, fans swiveling, trying to understand how it is that today in Atlanta, Georgia, it will be 32 C, while here the forecast is for 33 C and if our past heat waves are any indication, it will get hotter than that.

Our hotel is without air conditioning, so there’s nothing to do but tough it out. I also erroneously reported last month that local stores are also without air-conditioning, but happily I was wrong about that. It appears that some were merely exercising a policy to not cool their air until past some arbitrary timeline. I have found three stores with lovely cool artificial climates and I intend to patronize all three today.

Here are some photos from the train ride up and down the mountain. 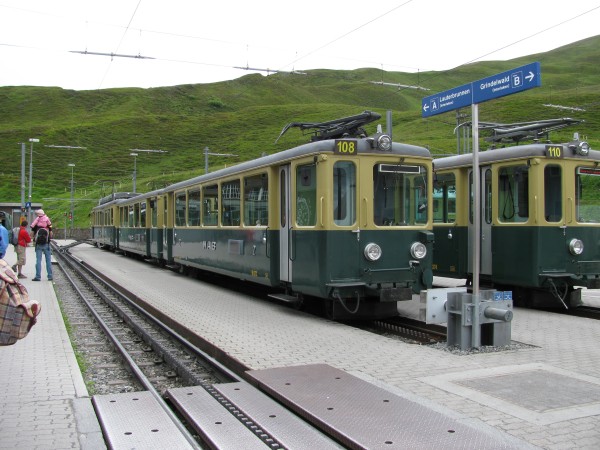 Cogwheel trains at Scheinzernfreaualdjgblergessellschaft. That is not its real name. It's real name is Scheidegg, but all German sounds like an endless waterfall of syllables to me.

Yawn. Another mountain view from the train. 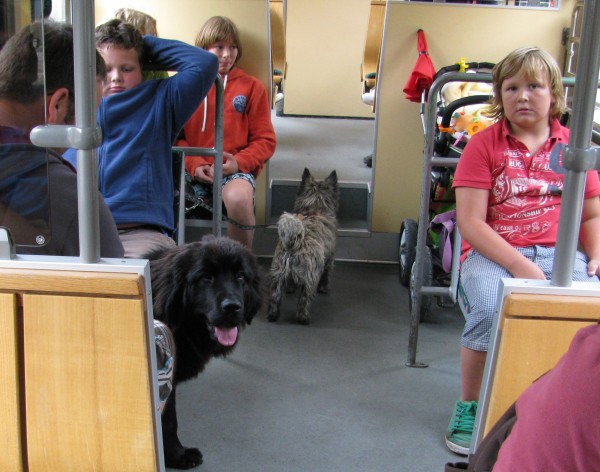 Dogs of all shapes and sizes are welcome on Switzerland's trains. 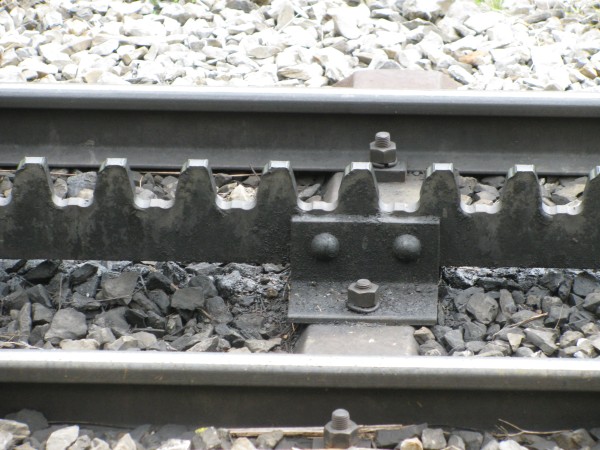 Trains need help to climb up and crawl down Jungfrauloch's steep mountains. Here's a close-up of the cogwheel track that serpentines along the ridges. On the ride down, the braking action is palpable. A derailment here would be a flung-from-cliff disaster. 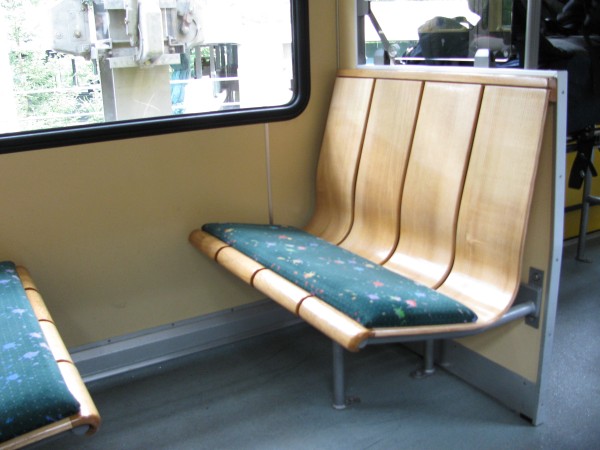 The Swiss are always ready for action, as you can tell by this train passenger car that has fold-up seats and plenty of floor space for bicycles, skis and other sporting gear.