The media used to say that Oprah Winfrey was America’s favorite girlfriend, overlooking the fact that no one is a better friend than a galpal whose life is constantly careening out of control, someone like Liz Lemon, who I will allow is not a real person.

It turns out that Tina Fey knew what she was talking about. Like Liz Lemon, I am a closet Emily-Post-aholic. I like good manners. I don’t always have good manners, but I really like it when others do. The problem is that societal compliance on this point is not as broadly practised as it should be.

Case in point: People who do not bathe seem to have no problems cozying up to those of us who do, usually in places from which we cannot escape, such as the grocery store line-up. They snuggle in, exuding the aroma of week-old nicotine, alcohol fermenting through their pores, and a body odor that I will not name (good manners prohibits it). 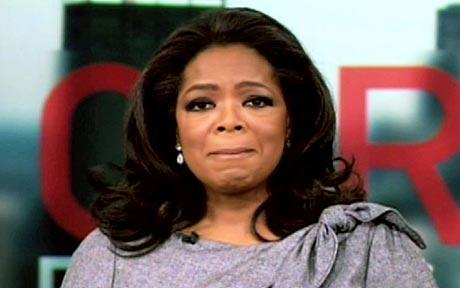 Oprah, loved by millions, has not helped me at all with my crazies-crowding-at-cash-out problem.

Ten minutes ago, this was exactly my personal experience at a nearby grocery store. A man dressed in clothes that could rightly be called a compost heap got in line next to me at the cash-out. I say “next” to me as opposed to “behind” me because he stood beside me, facing me, breathing down on me as though he were a personal delivery system for stale used oxygen loaded with carcinogenic molecules. My gag reflex was set to “vomit,” but there was nothing I could do but endure. It was that or abandon the line and as a serial shopper, I have never left my cash-out post. Ever.

In the past, my normal methodology to regain my personal space and some breathable air would be taken from my high school basketball days, which is that I would pivot in place, thus smacking said offender with my packsack or perhaps a random elbow, but no one can prove the latter. If that did not do the trick, I would step back into the too-close-non-companion, sometimes even stepping on toes.

This could be a form of assault, but who would convict me?

The problem with today’s freakoid was that he was so repugnant on every level of sensibility that I could not risk grazing the guy – the disease-and-pestilence factor was too high to chance. Enter Liz Lemon.

Desperate, gagging, I pulled a tissue out of my pocket and proceeded to empty my nasal passages into it. The problem is that I am not congested, so I really had to work at it to produce the correct repulsive qualities. From my peripheral vision, I spied the stinker take a step back. I laid my goods out on the grocery belt and then engaged in a coughing fit in his general direction. My performance drove the entire line-up back into the aisle,* even though I covered my mouth while coughing (some good manners are reflexive, I cannot cough without covering up or my mother might appear and smack me on the back of my head).

This is Europe, the land where lining up at a cash till is a contact sport, and yet, as my coughing continued and my groceries moved down the conveyor belt, the stinker was so aghast that he did not place any of his groceries in behind mine. No one did. I had not only a berth of about four feet to myself, but so did my food.

The cashier, instead of handing the receipt to me, tossed it in my direction, eying me for signs of smallpox. I felt like I had just won an Oscar for my performance.

*This is true, except for a boy who looked to be about 7 years old, who began coughing with me. Visions of the plague revisited must have danced in the other shoppers’ heads.

** The stands-too-close stinker also wore dark aviator sunglasses inside the store. Does anyone else find that creepy?