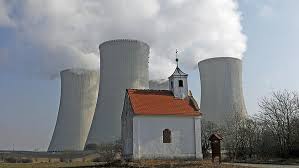 2 thoughts on “Teddy Bears: The Swiss’s Secret Weapon in the Event of a Nuclear Disaster”