Rain fell overnight, much to the delight of the Swiss who are enduring a drought that has not only parched its creeks and waterways but also left its famous skiing regions bereft of snow.

Meanwhile, in our little town the streets are filling up with wooden cabins of varying styles, going from slapped-together plywood shacks to fanciful cottages of beadboard walls and gingerbread trim, and then to the grand stuff: A heavily-timbered log cabin. Yes, a real log cabin. All this is in preparation for Biel/Bienne’s Christmas Market, which promises to be a fabulous one, but it does not open until next weekend and so later today we’ll head to Zürich where there are not one but two Christmas Markets, plus what has been promised to be a fabulous light display. I’ll post those pictures later.

In the meantime, here are some photos of last weekend’s wanderings:

This was our second time strolling through the village of Murren. It was almost December and we expected snow, but saw none but that which topped the mountains. The ski hills are reported to be dry, choking the Swiss economy which is already battling the woes of having a strong currency in a weak market.

You can access Murren on either side by gondola and a cute little train ride, but you can also walk between either access points. This is the trail between Murren and the Lauterbrunnen gondola station. It is an easy walk with only mild grades and goes through some forest that looks a lot like Vancouver Island's Galloping Goose. A motorized wheelchair could make this trip with just a little help over some rough patches. 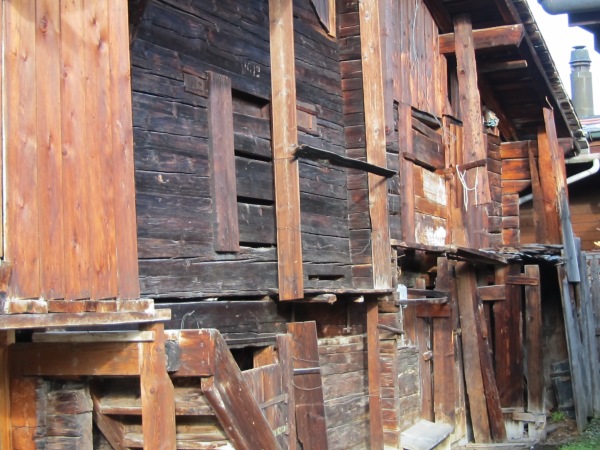 The mountain-clinging village of Murren is full of sturdy-timbered chalets that look exactly as you would expect them to, but this one. This one is a little sloppy compared to the rest. 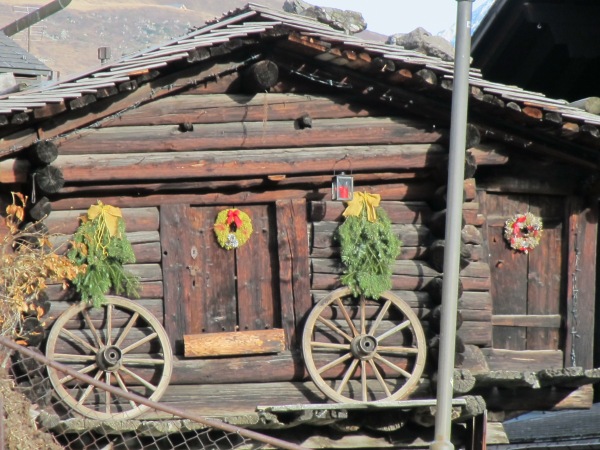 Murren: We think this is a charming way to decorate a ski cabin.

Here is a Swiss mountain. As Bernese Mountain Dogs are my witness, I do not know its name.